Iran, the producer of the most expensive flowers in the world / 1000 billion tomans of facilities will be paid to Pakdasht greenhouse owners 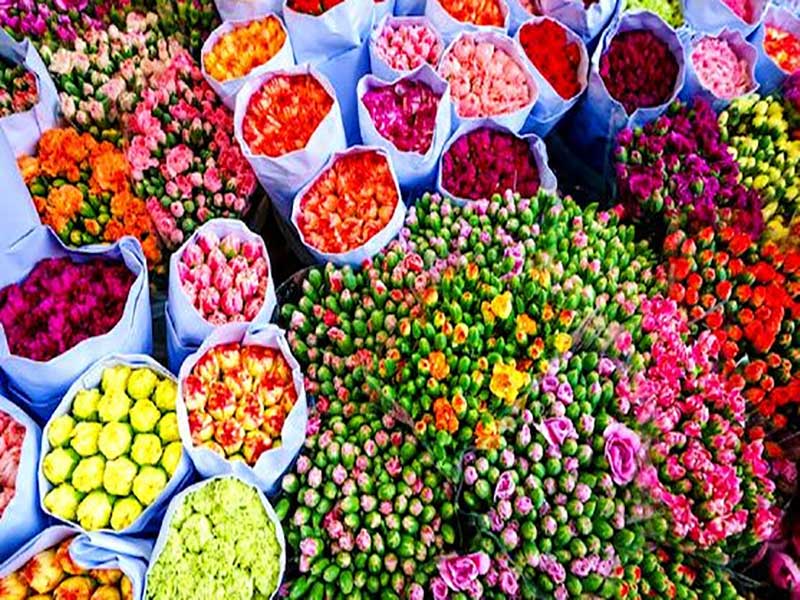 Iran Agricultural News Agency (IANA): While the political situation in Turkey and Russia has rotated 180 degrees in favor of Iran since Erdogan's stance, the agricultural economic conditions of some crops have prevented them from taking advantage of this golden opportunity and replaced Iran with other competitors. Seek opportunities.

Although Iran is the seventeenth largest producer of flowers and plants in the world, but Iran's name is one of the one hundred and seventy-seventh in the list of exporters, which indicates Iran's low presence in international markets. Russia, with a population of 300 million, is one of the largest flower and plant markets in the world, and large producing countries such as the Netherlands, Kenya, Ecuador and Germany have been able to take full advantage of this large market in the absence of Turkey. However, due to the traditional nature of the country's flower greenhouses and high cost prices, the possibility of Iran competing in the flower market is almost paralyzed. In other words, Iran produces the most expensive flower in the world.

Thailand and Ecuador replaced Iran in the Russian flower markets

Iranian flower and plant producers believe that although the price of fuel in Iran is one-fifteenth and the price of labor is eleventh in the Netherlands, but the cost price of flowers in Iran is much higher than the major producing countries.

Mehdi Kobriaei, a major producer of flowers and plants in the country, says: The flower export sector in Iran, for many reasons, the most important of which is the high cost of flowers in Iran, has not been able to take advantage of the opportunity created in Russia and other countries.

He added: "Russia, Ecuador, Germany and Kenya are taking full advantage of the current situation, and even India, as the largest producer of flowers in the region, has a strong presence in export markets after Turkey."

"Ecuador and Thailand are now trying to take advantage of the golden age and Russian markets and increase their exports," he said.

He states: "A look at the high statistics shows that the low and traditional production of flowers in the country has made Iran unable to be present in export markets, because the costs incurred in Iran are very high."

"While in Iran, taking bank credits, taking into account one-year respiration, is six years and with an interest rate of 18%, flower growers in the Netherlands can obtain credits with an interest rate of 3%, three-year respiration, one-year participation and 10-year repayment," he said. Pay from the banking system within 14 years. Naturally, the profit margin considered by flower growers has a different equation than what Iranian growers have to calculate.

Get to know the brokers who import flower inputs

The producer of flowers and plants of the country believes: in addition to the high bank interest rate and repayment period, the presence of brokers in the flower market, especially imports, has made the initial price of some flowers much more expensive than its foreign counterparts.

"While the import of anthurium onions is considered as one of the most important inputs needed by flower growers, due to the entry of unfamiliar intermediaries into the flower market, each onion is sold at 100% profit in the country;" Therefore, from the very beginning, the producer receives the flower onion much more expensive than the cost price of anthurium, which will make this flower very uncompetitive.

Revolution in flower production with the birth of industrial greenhouses

Referring to Iran's export situation, he added: "With the changes in the political situation, Iran's export situation in international markets is expected to change significantly." The trend in changing traditional greenhouses to modern ones, and the number of growers trying to transform their traditional greenhouses into modern greenhouses with private investment and partnerships, could revolutionize flower production in the coming years.

"The presence of German and French experts will be easier to transfer technical knowledge after the improvement of political relations," Kobriai continued. On the other hand, trade between Iran and the Netherlands is driven by the fact that Dutch traders can easily set up offices in Iran and the presence of intermediaries to import flower inputs is reduced.

"Nevertheless, there are still alternatives to the issue of bank credit, such as finance, which can change the export conditions of flowers by controlling the exchange rate," he said.

The lack of industrial greenhouses in the field of flower production has always been discussed as a major problem, but it seems that along with the drafting of the 95th budget and the Sixth Plan, changes have taken place in the field of production and agricultural economy.

Gholam Hossein Sultan Mohammadi states: Each person can receive one billion tomans of bank facilities to change traditional greenhouses to industrial ones in a faster process.

Referring to the problems of flower production in the country, he notes: In addition to the high cost of flowers in Iran, the lack of strong organizations has also reduced the bargaining power of flower growers against the government.

Sultan Mohammadi emphasizes: One of the most important components that can highlight flower organizations and highlight its role in the market is the placement of organizations in administrative principles such as issuing operating licenses and building greenhouses.

He believes that now some of the licenses are paid by the Ministry of Jihad for Agriculture, some by the Engineering System Organization and some by the Trade Unions and Unions. Such inconsistencies make organizations less capable.

"One of the parameters that can highlight Iranian flowers in international markets is Iran's presence in flower fairs in countries and the possibility of inviting producers from other countries to domestic fairs," said the vice president of the country's flower and plant union.

Sultan Mohammadi adds: "The weak economic strength of flower growers has made it impossible for them to participate in international markets, and in return, it has not been possible to invite flower and plant traders and growers to domestic exhibitions." As a result, there are no conditions for Iranian flocks to be exposed to the world.

He hopes that in the Sixth Development Plan, the government will pay special attention to the field of flowers and plants, considering the appropriate budget for the establishment of industrial greenhouses, as well as supporting the export of non-oil goods, especially the agricultural sector.