How to plant strawberries - Chapter One 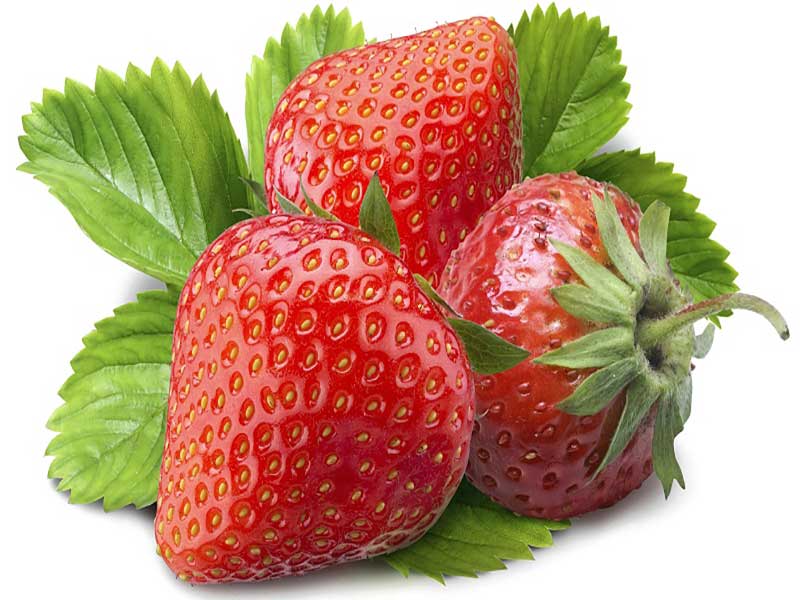 Strawberries belong to the genus Fragaria and the genus Resea, which are now cultivated from the species Chilensis and Virginia, and the hybrid between the two, the pineapple (ananasae).

They are generally herbaceous plants with trendy or stellar stems. The leaves consist of three rough, hairy, dark green leaflets, which are transparent in some cultivars. The structure of the flower consists of 5 white petals, which are attached to a small appendage at the bottom, and the calyx consists of 5 green petals, which are almost welded together at the bottom. The number of sepals in some agricultural cultivars may be more than 5. The flags are as many as 20 or a little more or less. The female is located in a large number and in a spiral on the receptacle and together with the receptacle forms a relatively elongated form.Females of separate hazelnuts are composed of each other, each of which has straight and short ovaries. In each ovary there is an egg and in fact the seed is produced in the number of nuts. After inoculation, the flower falls off the petals and the receptacle gradually grows to form a flesh. The fruit is juicy over time and changes from acidic to sugary. If fertilization is incomplete, the number of nuts is limited and the symmetry of the fruit may not be maintained.

Strawberry is a perennial herbaceous plant, belonging to the rose family and native to the forests of Europe, whose wild species has small flowers and leaves and has been introduced since the fourteenth century due to its medicinal properties. Existing cultivars are obtained from crosses between different species. If planted properly, the necessary care is taken and suitable cultivars are selected, up to twenty tons per hectare can be harvested. Transplantation should be obtained from trusted institutions and care should be taken not to be infected with plant diseases, especially viral diseases.

Due to the early fruiting of strawberry flowers in the spring, the plants should be planted in a place where the late spring cold does not harm them.

The land used for planting should be facing south because it will heat up sooner.

This plant needs a lot of water, especially during the fruit ripening period, otherwise the fruits will remain small.

Due to the early fruiting of strawberry flowers in the spring, the bushes should be planted in a place where they do not damage the late spring head.
The land used for planting should be facing south because it will heat up sooner. Strawberry is a plant that is almost compatible in different soils. However, it prefers deep soft soils with sandy-clay texture with abundant nutrients and good drainage. This plant needs a lot of water, especially during the fruit ripening period, otherwise the fruits will remain small.
The best pH for strawberries is 6 to 7. Its proper EC is about 1 dS / cm. If the lime content of the soil is higher than the allowable level, chlorosis or yellowing of the leaves will occur. In terms of climate, in humid conditions and relatively warm conditions, the crop will be suitable. In hot and humid conditions, sufficient water should be provided to the plant, and also heat-resistant cultivars should be selected. At an altitude of 400 to 800 meters above sea level, it can grow well.It is semi-resistant to cold and its need for cold is about 200 to 400 hours, the temperature is less than 7 degrees Celsius, and in winter, if it is covered, it will withstand temperatures up to -18 degrees Celsius. Tolerate Celsius. The superficiality of the roots, which are usually distributed to a depth of 15 to 20 cm in the soil, makes the plant susceptible to dehydration. In order to produce a spring crop, cultivars should be used that require shorter days and lower temperatures, so that their flowering and dehydration can be done well.
In the 4-season cultivars, the short or long days of the day, as well as the high and low temperatures, are not important, and this group of strawberries usually flowers easily in different conditions. 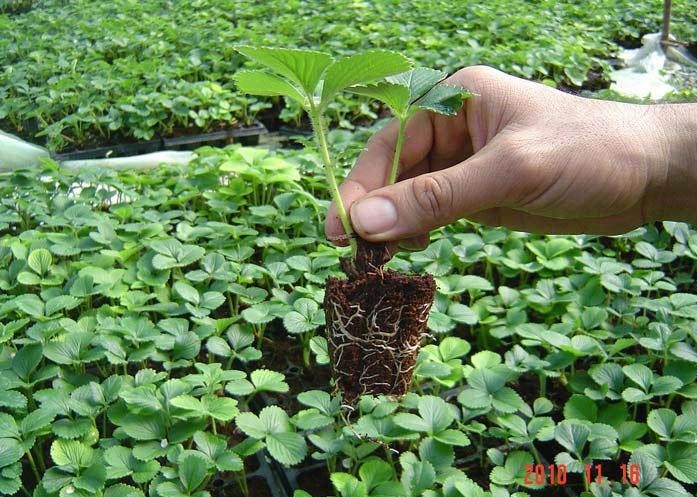 Strawberries can be moved from late autumn, which is half asleep, to early spring before the plant wakes up, and planting is possible in another place, so autumn and spring planting is possible.
If planting is in the fall, the crop will be harvested in the summer of next year, and if the plant is planted in the spring before waking up from hibernation, the flowers that appear on the plant a few weeks after planting should be picked to make the plant strong. Be.
These plants are given in the spring of next year and can be harvested in summer. Flower buds appear in autumn to shorten the day, but due to winter cold, the flowers do not appear until spring.

Increase occurs sexually and asexually.
A) Sexual propagation: Propagation of strawberries by seed is for cultivars that do not naturally produce process stems or cultivars that have few process stems. Seed propagation method is also used to produce new cultivars.
B) Asexual propagation: In asexual reproduction, which is called plant division, the plants that are well grown and strong, after being removed from the ground, are divided into several smaller plants, each of which has a certain amount of roots, and then The main place of planting. In this method, healthy plants of native rootstocks should be used. The method of propagation through stem stems is that after rooting, the stem stems are transplanted separately from the mother plant in summer and in the shade, and then in the fall, the selected plants are transferred to the main ground.

The plant that is selected for planting should be free of any disease and have strong and healthy roots and the color of the roots should be light.
Strawberry root is delicate and superficial and works mostly in 20 to 30 cm depth of soil.

In early autumn or spring, plow and discard the land and then mix it with animal and chemical fertilizers and 10 tons per hectare of rotted animal manure and emphasize on testing the soil with 100-180 kg of pure nitrogen in three stages, -150. 100 kg of pure potash and 80-60 kg of phosphorus are used per hectare, then they create atmospheres with a width of 40 cm and ridges with a width of 80 cm.
In the first year before planting, phosphorus and potash fertilizers and half of the urea fertilizer are applied to the soil before discus and the rest of the urea fertilizer is added to the soil twice before flowering and after harvest and then irrigated.

At the time of planting, the soil should be moist and immediately after planting, irrigate the field and planting the plants in dry soil will kill some of them. When planting, all the old leaves of the strawberry bushes should be cut off and the roots separated, then planting should be done. If the plant is planted at a shallow depth, the plant will be damaged due to high drought.
Usually the plants are planted at a distance of 40 cm from each other on the ridges and the approximate plant density per hectare according to the above method is about 31,250 plants.